Getting married but you can't dance?

It won't be long now before you hear these words:

"And now ladies and gentlemen a big hand please as we welcome our Bride and Groom onto the dance floor for their first dance together as husband and wife!"

Then all eyes will be on you as you slowly walk together on that dance floor.

What happens next will depend on the decision you make today.

It can either feel like a very long and embarrassing time where the whole magic of the day seems to fall apart and there is nothing you can do about it OR it can be a magical moment that you will cherish for the rest of your days.

Elegance is expected at all weddings, from the decorations to the walk down the aisle to the touching vows to the cutting of the cake and beyond. So, the last thing you want is to trip and stumble through your first dance together. Even if you try to play it off as comical, the underlining worry that something beautiful has been tarnished is unavoidable. Whether it is the bride, the groom, or both of you that struggle with dancing, you will have to do it and all of your guests will be watching…

“We didn't prepare our First Dance, we were too busy...I started worrying about it a couple of weeks before the Wedding but I thought it was too late to do anything about it then. On the day I was dreading it and by the time we stepped on the dance floor I was a nervous wreck! We barely shuffled our way through it. Never again!!”

We’ve seen our fair share of cringe worthy first dances and wouldn’t wish it on our worst enemy. It doesn’t only seem to cheapen what came before it; it becomes comedic when it was meant to be romantic. It would be a shame for your wedding day to fall apart at the very end.

Many times the bride has dreamt of this day since she was just a little girl. And we guarantee that stumbling through her first dance never once made an appearance in her dream; it may have made an unwelcome appearance in a nightmare though. The last thing we want to see happen is your dream wedding turn into a nightmare.

If you can't yet dance, there is still time to learn!

After all, even being witness to one train wreck is one too many. We decided to combine our extensive knowledge in dance to put together an easy to follow step by step tutorial for both bride and groom alike. You may be cautiously optimistic about this opportunity.

From Simple and Elegant...

...To more complex and impressive

Your Choreography - Your choice

Kevin and Jena, 2 of our students and a stunning couple! Thank you!

Our Tutorial in a Nutshell:

In the first module you will learn all the basics: Leading/following, posture and frame, steps, turning, travelling...

In module 2 you will learn moves and patterns, all of them design to impress.

Here we will show how to use your moves and patterns to create and memorize a choreography.

Ready to WOW your guests?

“This Amazing Dance Tutorial Is Not Just For Your BIG Day, It’s Going To BOOST Your Relationship!”

Think of your relationship as a tree seed. When you meet and slowly start to get to know each other, the seed in the ground begins to grow small roots, giving enough foundational support for something to sprout up at the surface. This is where a serious relationship really begins. And yet happily ever after logic tells you that the very act of saying “I do” will give you a fully grown tree.

This tutorial will create that perfect ambience for you…

"We feel very proud of what we achieved...

It was a lovely project to take on together as a couple soon to be husband and wife. We feel very proud of what we achieved together by following this tutorial. Neither of us could dance when we started and we ended up with a fantastic choreography!"

This tutorial is very effective. Our teachers deliver an exceptional online learning experience to help students achieve their goals.

With the Wedding Dance Tutorial you will save a lot of money.

A 1-hour private lesson costs more than our monthly plan.

Eliminate the need to travel for lessons and learn anywhere you can bring your computer, tablet, or mobile device.

2 Questions to Ask Yourselves:

1- How much is a single dance class in studio?

2- Can you ask a dance studio for even a single trial lesson before you commit to buy?

Try our Tutorial Today, with our 7-day FREE Trial there is No Risk! If it's not for you, all you have to do is click the "Unsubscribe" button!

What is in this Tutorial:

In this first module, we will show you how to shake your legs with your "someone special" with ease! In this module, you are going to master some impressive moves and patterns to add a WOW factor your wedding day.

Now, finally it's time to arrange your moves to create something eye catching on your wedding day. We will give you all the basics of creating attention grabbing choreography to have a full blast of fun!

It will be special! 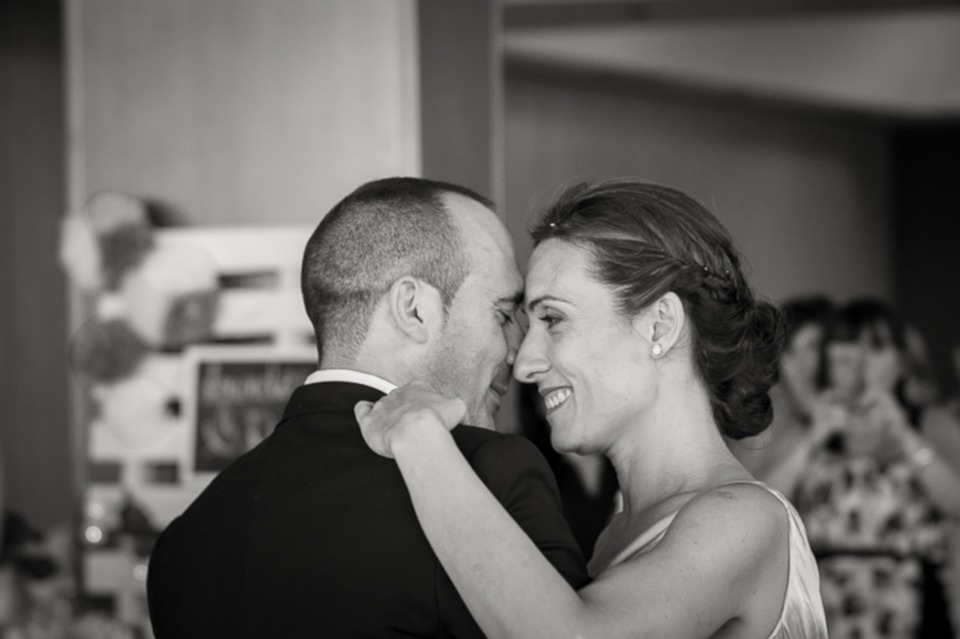 The Styling module includes all the finishing touches that will turn a simple dance into magic.

You will learn all the tips and tricks to style your choreography in order to look confident, stylish and elegant on the dance floor. "Now we can dance!

We have already wasted so much money on private dance classes and honestly, I was a little skeptical before grabbing this online course. After getting the free trial, we were just amazed and we had to purchase the full course right away. I have just one word to say “WOW”! This tutorial is totally amazing. Fun and easy to learn moves have made our life much easier. The choreography and styling section is outstandingly explained thanks to great instructors and we’re ready to rock the dance floor. "They were not expecting this!

We had such fun, thanks so much! Our guests were gobsmacked, they were not expecting this! Our surprise wedding dance was definitely the highlight of our evening reception. Thanks also for your feedback Anthony. We will recommend your services to all our friends."

You get full access to the tutorial and go through the lessons yourselves.

Everything you need is there!

You can cancel your membership any time.

Lead by a Choreographer

This is a course lead by a choreographer with 2 months access to the tutorial.

You will asked to submit videos of your progress for feedback.

This is a course lead by Anthony.

You will also get full access to the tutorial until your wedding day.

Anthony will lead you through the entire process and create a choreography for you.

You will have direct access to him right til your wedding day.

You will be asked to submit videos of progress regularly for analysis and feedback.

We tried private dance lessons for a while but it wasn't working out for us. With my busy schedule, my husband's busy schedule, the instructor's schedule and  the dance studio availability we felt that the organisation of the lessons was just more stressful than helpful. It's actually Gary that suggested your tutorial and it was the perfect solution! We did it in our own time and with no commute either!

Dan and I are very thankful for your online tutorial! It is fantastic. Everything we needed for our First Dance was there and at a great price if you compare to private lessons in a studio.

Great tutorial and great value for money! I will recommend it.

With our 7-Day FREE trial, you test before you buy.

You are STRONG. You are WORTHY. You are BEAUTIFUL. You are IMPERFECT. You are YOU. Don’t let anyone ever dull your sparkle, because you are worth it! You can always surprise and inspire us with your abilities. Only do what your heart tells, not what others tell you.

Do not be afraid of expressing yourself with true love, because it is all about YOU! This tutorial is only for you!

Anthony is French and now lives in West Cork, Ireland with his wife and their 3 young children.

He started dancing at a young age. While he enjoys dancing many styles he favors Latin dances such as Salsa, Cha Cha, Tango...

In 2002, Anthony his then partner Coral Perez Garcia, were finalists in the Salsa World Championships.

In 2004, he created Dance Nation, the company behind Salsa Nation, Dancing Hen and WFD.

He has taught classes and workshops throughout Europe, the U.S.A, South and Central America, Asia and Africa and collected many awards along the way. 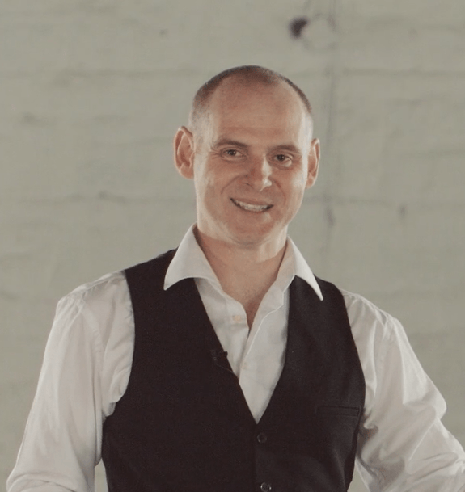 Here are answers to some frequently asked questions:

Absolutely, this tutorial is designed for people with no previous dance experience. If you can walk you can dance!

Is it suitable for any song?

Will everyone have the same choreography?

No. Everyone will have a different choreography. You will create you own choreography by mixing the moves and patterns you will learn.

How much time will we need?

Difficult question to answer, everyone is different. We recommend at least 3 to 4 weeks.

If you left it to the last minute and your wedding is in a few days you should still go ahead. You will learn a lot and you will look great on the day but you will also wish you had started sooner.

This website uses cookies to improve your experience while you navigate through the website. Out of these cookies, the cookies that are categorized as necessary are stored on your browser as they are essential for the working of basic functionalities of the website. We also use third-party cookies that help us analyze and understand how you use this website. These cookies will be stored in your browser only with your consent. You also have the option to opt-out of these cookies. But opting out of some of these cookies may have an effect on your browsing experience.
Necessary Always Enabled
Necessary cookies are absolutely essential for the website to function properly. This category only includes cookies that ensures basic functionalities and security features of the website. These cookies do not store any personal information.
Non-necessary
Any cookies that may not be particularly necessary for the website to function and is used specifically to collect user personal data via analytics, ads, other embedded contents are termed as non-necessary cookies. It is mandatory to procure user consent prior to running these cookies on your website.
SAVE & ACCEPT